In recent years, ADHD or Attention-Deficit Hyperactivity Disorder has affected more and more children - 3 to 5% of school aged children are being diagnosed with it. It is a disorder that makes it difficult for sufferers to focus or pay attention. As a parent, your heart sinks when you are told that your child is not the model child that you KNOW you raised. We must, however, bear in mind that according to the American Academy of Child and Adolescent Psychiatry "A child who is diagnosed with ADHD and treated appropriately can have a productive and successful life". Good news if you were feeling that all was lost! 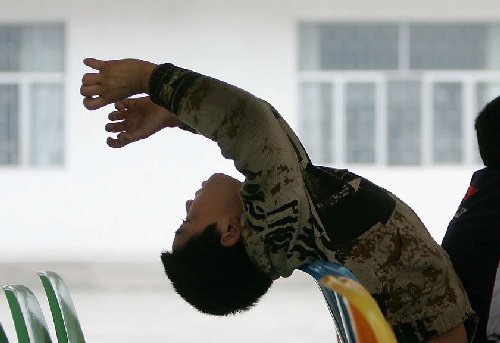 So What is ADHD?

Dr Heinrich Hoffman, a physician and authour, is known as the father of ADHD. He first described it in 1845 and was later followed by Sir George F Still, who wrote a series lectures in which he decribed "group of impulsive children with significant behavioral problems, caused by a genetic dysfunction and not by poor child rearing"*. Today the disorder is widespread among children and adults as well known symptoms that are detailed below.

Difficulty understanding the concept of boundaries - doesn't know when to stop talking, interupts or intrudes on others

At this point, any responsible parent will be asking the question: "what do I do now?".

It makes sense to get a detailed evaluation for several purposes. First to ensure that your child does not have any other disorders such as anxiety or manic depression. Secondly, an evaluation will be required for the purposes of the school system where your child attends - this will enable them to make accomodations and modifications within the school setting.

As a side, accommodations are made for children in the inclusion classes to make sure that they are on as equal a footing as possible with their colleagues. This may include increasing the amount of time on a test, breaking down a fifty question quiz into five questions at a time, etc. Modifications, on the other hand are functional children and modifications may include anything that makes the life of the child in question easier. For example a visually impaired child may have a computerized magnifying glass and all they would have to do is move the mouse over the writing and it will appear much larger on a little screen. Both accomodations and modifications make sure that whatever is needed for the child to succeed, the special education department provides.

To Medicate Or Not to Medicate?

Many teachers and doctors encourage the use of medication (stimulants and anti-depressants) for children with this disorder. However there may be other options such as changes in diet, cognitive therapy, parent education, modifications as mentioned above, social skills training, discipline based sports such as karate, and so much more. Many people have argued against the use of medication at all in children with this disorder, however that decision would require much research and a personal decision - and I have placed below a few links that might be of benefit to you during this process.

ADHD will bring very specific changes to your life - one of these changes will be in your dealings the local school that your child attends. You will need to meet regularly with his/her teachers and special education representatives. Often these meetings are put together to an Individual Learning Plan (ILP) for your child, define modifications and accomodations that will need to be made for your child to be successful. It has been said that special education is a language in itself, therefore it is crucial that you find out about the new terms that you will encounter on a regular basis in these settings. For assistance in this area, see my article on The Special Education Process.

So how can this disorder affect your child's education? It has been said that if it had not been for the school environment, many children would not know that they have ADHD. What do I mean? Well a study by the University of Michigan says it best:

"Though some students with ADHD are affected outside of school, homework, and studying (i.e. driving, behavioral problems), ADHD mostly rears its ugly head when education is involved (Rafalovich, 2005). This is true for a number of reasons, including its associations with learning (poor information processing, metacognition [Miranda, Presentacion, Soriano, 2002]), as well as general academic problems like underachievement and failure to complete assignments (Ried, Schartz, Trout, 2005)."

Take a Look at the symptoms listed above such as difficulty paying attention, inability to sit still, easily distracted,difficulty listening and following directions,excessive absent mindedness and inattentiveness to detail - all of these are most likely to affect the child in the school setting. Hence, a home schooling setting might be the perfect setting for the child with ADHD - and where this is not possible smaller classrooms in the public school system might work perfectly.